From Whittier Narrows to Lakewoodï»¿

Mid San Gabriel
Another concrete river – but cyclists seem to like it.

This mid-section of the river trail is about 12 miles: from the Whittier Narrows Dam/Legg Lake Recreation Area down to South St., the border between Cerritos and Lakewood. The bikeway is flat – naturally, since it follows the river – and like the rest of Los Angeles’ river trails, there’s plenty of concrete wasteland along with the wetland, particularly in the Pico Rivera area, with its large flood basins.

But the journey is dotted with some cute parks and rest areas, horsey neighborhoods (along with used car lots!), and for a good part of its length there are bike paths on both banks of the river (tho’ no under-passes on the west side), with several pedestrian/bike bridges where you can cross over.

Â»Â» This past Saturday, I rode the Annual Tour de Cure for American Diabetes Assoc. The trail from Eldorado Park to Wilderness Park along the 605 Freeway was just great. 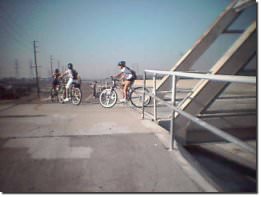 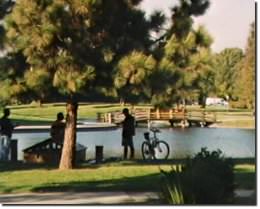 Also the parks along the trail were all beautiful parks. Shiomi M.

The Lower San Gabriel merits a page of its own on this web site,because of Wilderness Park, in Downey, if for no other reason. 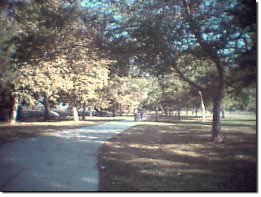 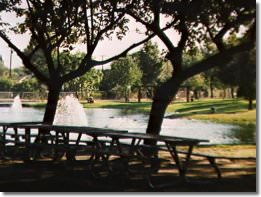