West Fork of the San Gabriel
Hard to get to, but many think it’s worth it.

This is just about the ruggedest area you’ll find on this web site — yet the path isn’t only for mountain bikers, it’s really a pleasant, paved, Class I path, and the entire 6-7 mile ride (one way) is quite doable, except for the very western end, where it gets moderately hard as you approach the Cogswell Reservoir. (The bike trip is a lot easier than the drive up from Azusa!) When you stop at the ranger station at the bottom, they give you a nifty park map. 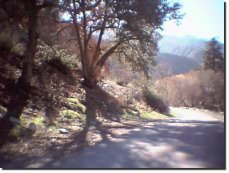 Don’t expect many amenities – there’s a rest room & water & that’s about it.
Below: A fishing platform . . . really.
You will really know you’ve left civilization behind once you make it past the information station and up the winding 10 miles or so to the intersection of the three San Gabriel River forks. 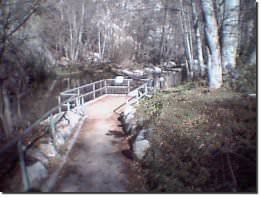 Park in the big lot above the ranger station, then ride back over the bridge and make a right onto the bike trail. There’s a high mountain ridge on your left as you ride upstream, which keep the route shady most of the year. 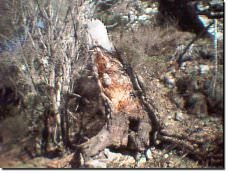 This bike path is definitely the one to ride when you want to get away from it all.
For some photos that really do justice to the scenery, visit the West Fork page of Dan Slater’s Southern California Bicycle Paths web site. 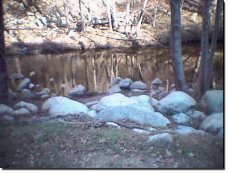 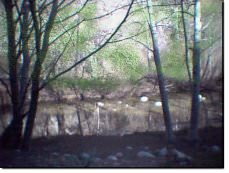